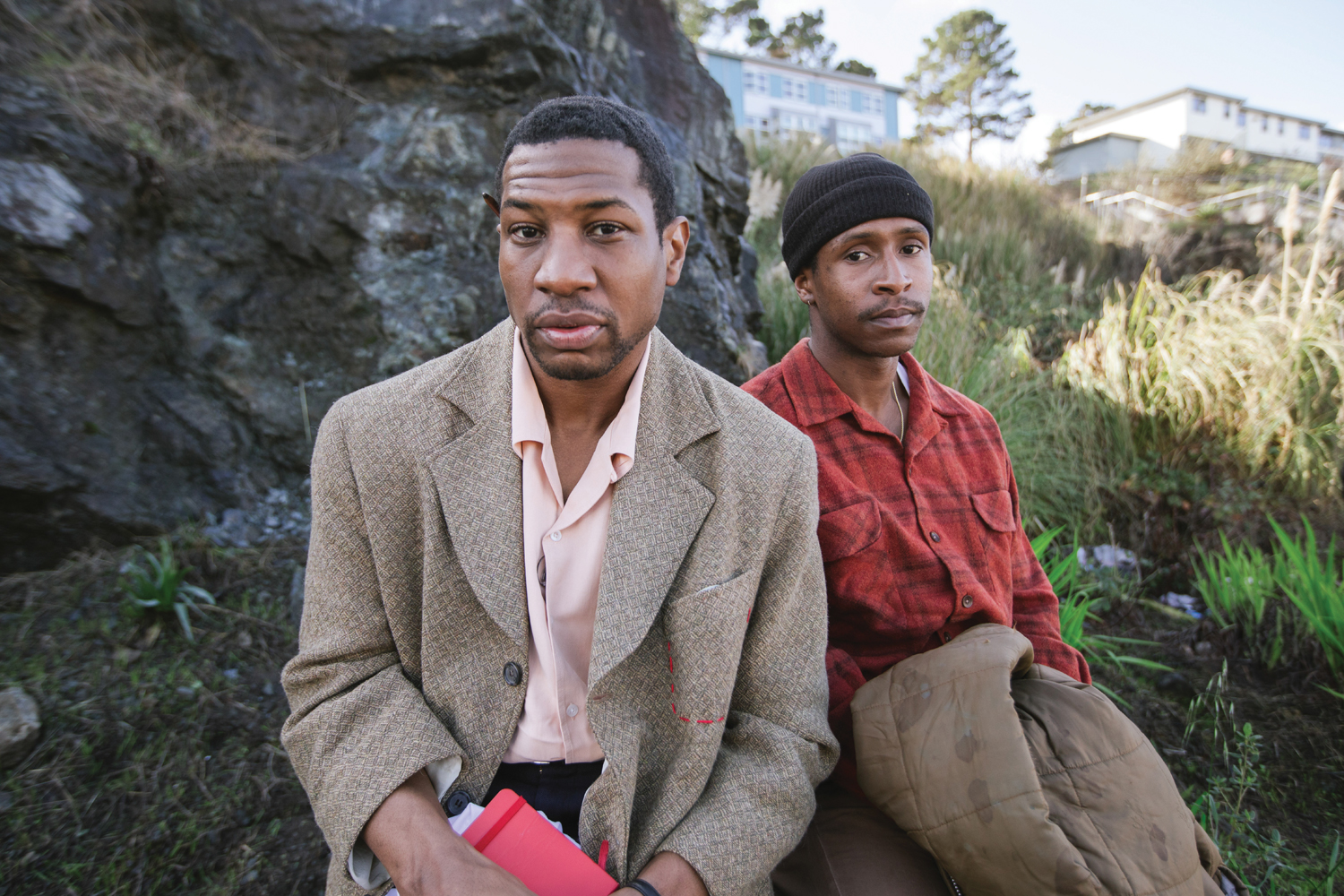 “The Last Black Man in San Francisco” thrilled the nation with its release in early 2019. The independent feature film won awards at Sundance, grossed over $4 million and earned a 93% rating on review-aggregator Rotten Tomatoes.

Director and co-writer Joe Talbot, a City College of San Francisco alum, has created “a wistful lament and a heartbreaking elegy. It’s a tribute to the notion of home that we all carry,” according to a review by Odie Henderson on the website rogerebert.com. Set spectacularly in San Francisco, the film especially bewitched Bay Area viewers.

Talbot has produced a world-class work of art that plays with autobiographical reality and lyrical fiction. His childhood friend and co-creator Jimmie Fails stars in the film, and story developer Prentice Sanders serves as a character muse. Some of their pride can be shared around campus: all three are City College alumni, as are many of the cast and crew members.

“Had I never gone to City, I probably never would have had that inspiration, and I don’t even know if I would have made the movie,” Talbot says.

Standing outside the Mission District’s Roxie Theater wearing his signature ball cap, he reflects on the cinema department course he took in 2015 with instructor John Carlson, saying “City meant a lot to me.”

“He was teaching us film, shooting on film, and I was really interested in it. And John of course is wonderful, and he has all these stories about, like, the time he saw (Academy Award-winning director) Terry Zwigoff in the McDonald’s on Bayshore when (Zwigoff) was struggling through the edit of ‘Crumb,’” Talbot says.

City College as an institution stands tall in Talbot’s mind. Not only was it the place he and Fails began to find a film community, but he believes the school is also integral to the city itself.

“It’s a really important part of San Francisco — to be able to have access to great teachers, and potential collaborators, and in my case, not to have to spend tens of thousands of dollars
like you do at film schools, which I couldn’t afford. I think it’s a wonderful resource,” Talbot says.

“In cutting those classes (Chancellor Mark Rocha) is essentially preventing the next Last Black Man in San Francisco
from getting made.”

Something else happened in John Carlson’s course: Talbot made a friend, and they bonded over offbeat movies and rap music.

“Prentice Sanders was in the class, and he was one of the more interesting people I’d ever met. At that point I had been thinking a little bit about ‘The Last Black Man,’ but there was no friendship character.”

When he met Sanders, he says, “I started imagining what it would be like to see this fictionalized friendship onscreen between a character like him and Jimmie, and so he really inspired the character of Montgomery.”

From then on the film’s narrative embraced Sanders “as sort of the guiding light for that character, because he was just such a cool, interesting, wonderful, unique Bay Arean,” Talbot recalls.

The film uses the two characters’ friendship as a counterbalance to larger realities, including the alarming rate at which African American communities continue to disappear from San Francisco.

The film, however, draws on its creators’ deep Bay Area roots — Talbot is the son of prolific writer and extraordinary local historian David Talbot, while Sanders is the grandson of Prentice Earl Sanders, the first African American police chief of San Francisco.

Instead of dwelling on the loss within the community, the film offers optimism, embodying the famous words of another important local, Harvey Milk:“You’ve got to give them hope.”

At an outdoor screening near Patricia’s Green in Hayes Valley on a warm October evening, Jimmie Fails holds down a barstool across the street from the massive movie screen. He can see the upturned faces of the audience through the large open window.

Most of the time, though, he’s fielding a constant stream of fans. Stranger after stranger wants to shake his hand and tell him the same thing: “Thank you. Thank you for making this beautiful film.”

Fails, the star, inspiration and co-creator of the film, says his time at City College helped get him where he is — feeling more or less on top of the world. He hopes to act more, which seems inevitable, and he’s spent the last few months globetrotting with some of his best friends. Thinking back to his early college years of English and acting classes and hanging around campus, Fails remembers: “Cool people, cool teachers!”

Like so many students, he spent time figuring out what he wanted to do with his life, feeling unfocused. “Don’t be me,” Fails advises students today. “If you sign up for it, do it, whatever it is you want to do. Just follow through.” He may not have followed through back then, but his brilliant smile now looks like the expression of a man who’s worked hard and has been recognized.

Fails says that although he appears onscreen only in background cameos, Prentice Sanders contributed to the work of the film, back in those campus days.

“We were just people who clicked,” Sanders says of his relationship with Fails.

Sanders sits at Philz Coffee on 24th Street, explaining his connection with the cast and crew of the film. It isn’t a completely obvious one, but the connection remains strong. The 26-year-old speaks softly and quickly, and his long dark hair frames wide eyes that seem to see everything.

Stranger after stranger wants to shake Jimmie Fails’ hand and tell him the same thing: “Thank you. Thank you for making this beautiful film.”

Talbot knew, back in 2015, that he wanted to make a film about Fails’ family history. In between discussing cult films like John Waters’ “Pink Flamingos” or Quentin Tarantino’s “Pulp Fiction,” Sanders says the three of them began to think it through.

“Joe would say ‘Oh, I had this idea for a movie I want to make, it’s about my friend, Jimmie. He skateboards, he knows everybody. He’s just a kind of interesting guy.’ I don’t think he had a clear idea of it, like maybe it’s vignettes, maybe it’s anything. But we would just sit and talk about it,” Sanders says.

Talbot may have enrolled in only a single film class at City College, and Fails, none, but Sanders has done the opposite.

“I’ve taken all of them!” Sanders says. He considers the cinema department to be a valuable resource offering more, possibly, than more expensive institutions.

“I feel really lucky,” he says.

Anjali Sundaram, a full-time faculty member in film production at the City College cinema department, says she hopes to help students build on the film’s success, but she harbors concerns.

“A student will now have a harder time getting into classes, and a harder time being able to take the classes they want to take, and they’ll have fewer choices,” she says.

Discussing “The Last Black Man in San Francisco” in terms of how students today might follow in its creators’ footsteps, Department Chair Denah Johnston says one fact is immediately and painfully clear: the Cinema department has suffered a 53% reduction of on-site courses in the fall 2019 semester which, she says, “has devastated the production class offerings.”

Students, unsurprisingly, are extremely excited about “The Last Black Man in San Francisco.” Some of the questions Sundaram asked her students when the fall semester began were: “What have you seen lately? What did you like? What’s been happening? And they all said, ‘“The Last Black Man”! It’s so great!’ I think it’s very personal for them.”

“The issues around representation and character… of gentrification… highlight the fact that our cinema department is a place for anyone who’s interested in visual storytelling to get their hands on equipment in the very first class,” Sundaram says.

The reductions make it hard to offer all the required courses a student might need, but “We have created new curriculum that are smaller groupings of courses that should provide students with skill sets,” Johnston explains. The courses will center on craft certificates of achievement and launch in the spring.

Noting that there were fewer than the new minimum of 20 students in the cinema class he and Sanders took together, he says that “within that small group, there was some incredible talent that was obviously deeply inspiring to us. In cutting those classes, (Chancellor Mark Rocha) is essentially preventing the next Last Black Man in San Francisco from getting made.”

At another recent local screening of “The Last Black Man in San Francisco,” Talbot says during the audience Q&A that although the film’s final moments highlight a fantastic image of Jimmie Fails, he is not the man referenced in the title.

Instead, Talbot points out, “Mont is the last black man in San Francisco. I hope everybody got that.”

In a way, then, Prentice Sanders is the real last black man in San Francisco, still here, still observing, still creating. The film’s message, at least in part, is a hope that San Franciscans, and people in general, can be less racist and see one another’s humanity more vividly.

Sanders’ message for City College students goes right along with the film’s. “Be willing to be a part of the community of City College,” he says. “Talk to the people who are in your classes.”